The SUN in Wonderfull JUNE

The SUN in Wonderfull JUNE

June seemed on course to be my worst Sun observing/imaging month I ever remember. Unfortunately that possibility looks like being shattered something causing fine skies this coming weekend. That said my bad June record was marred already because I got a new laptop early in the month & failed to save some potentially decent Sun pics because I can't use Windows 10 properly.So sulking about that failure I've reverted to using Win 7 till I learned Win 10.
However, my bad month lasted until 20th & 21st when I got nice skies. The 20th was best because both visually & imaging I recorded NO Solar Activity except super-granulations.
How I wish the Sun would calm down properly & stop those little bumpy lumps marring the smooth surface.
whatever, the good news on 20th June : -
NO Sunspots, NO dark filaments & NO Prominences.
That's the way I like it , if only we could stop them blasted super-granulations all would be well.
Three images for 20th June now attached : -
from Cliff 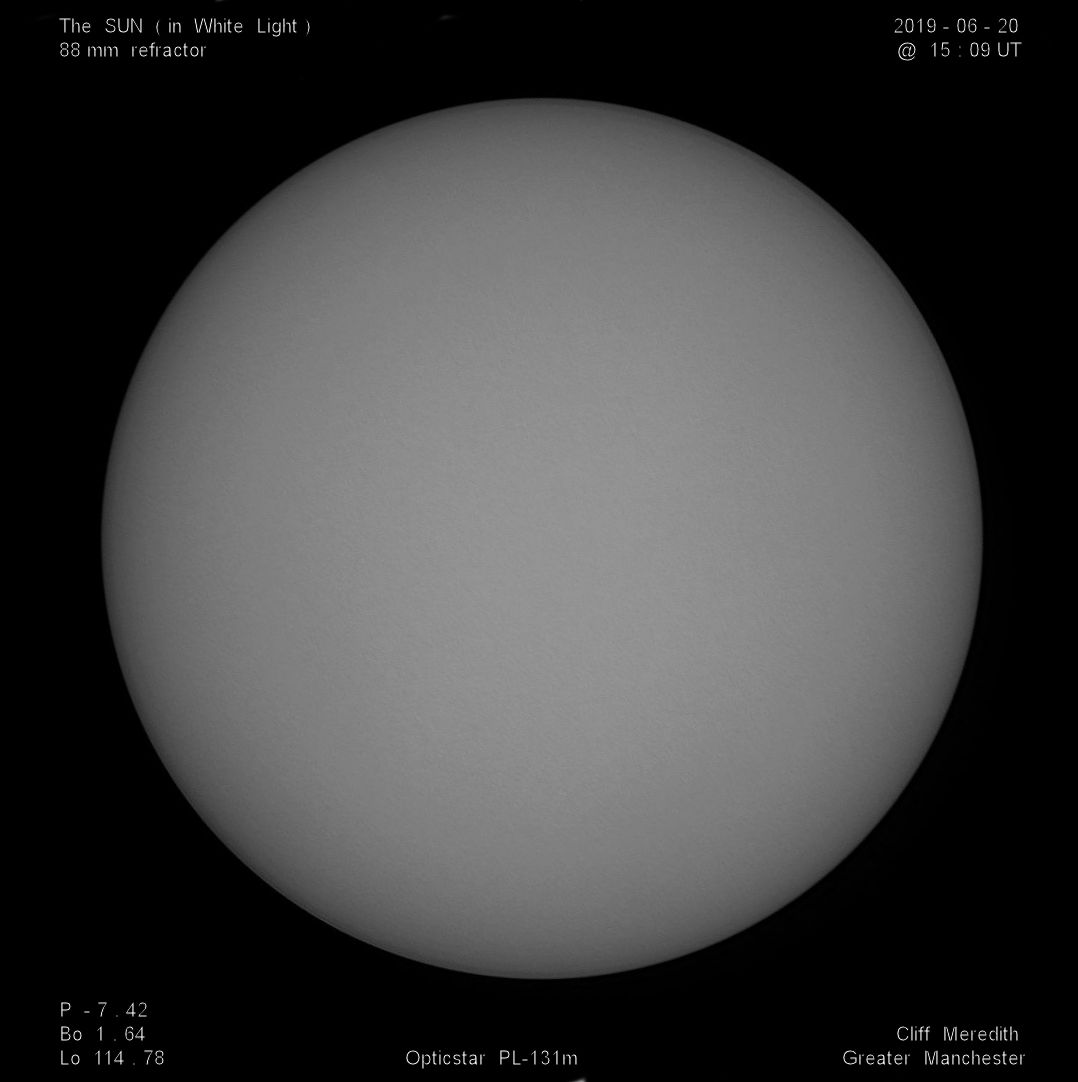 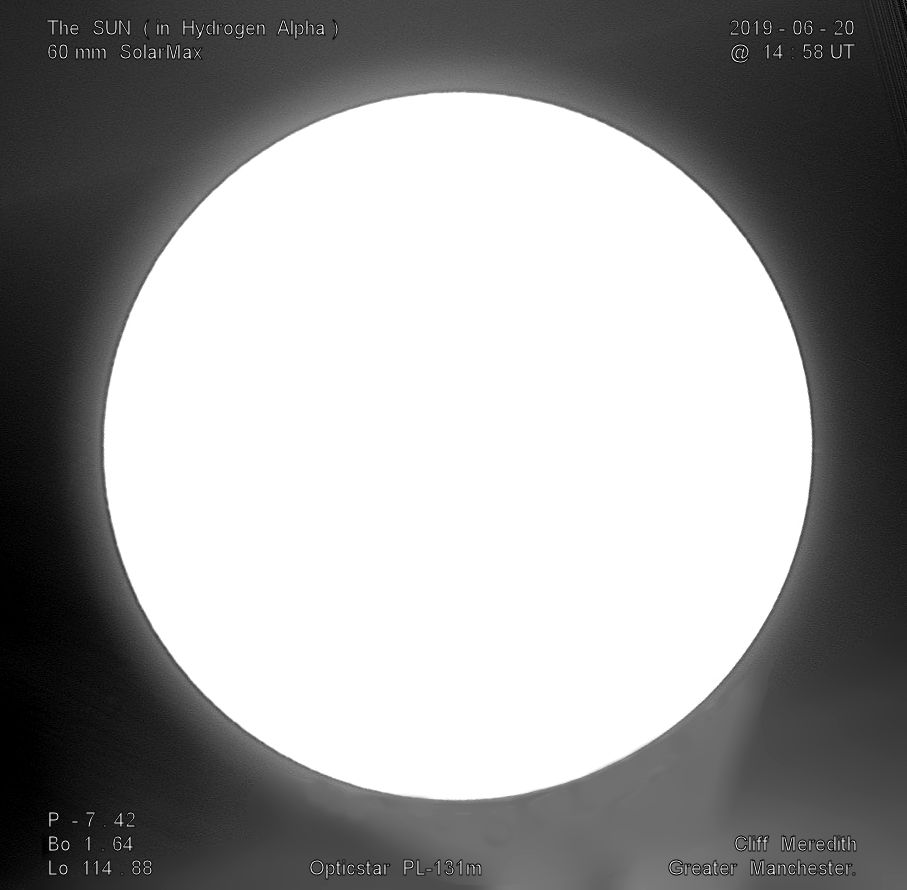 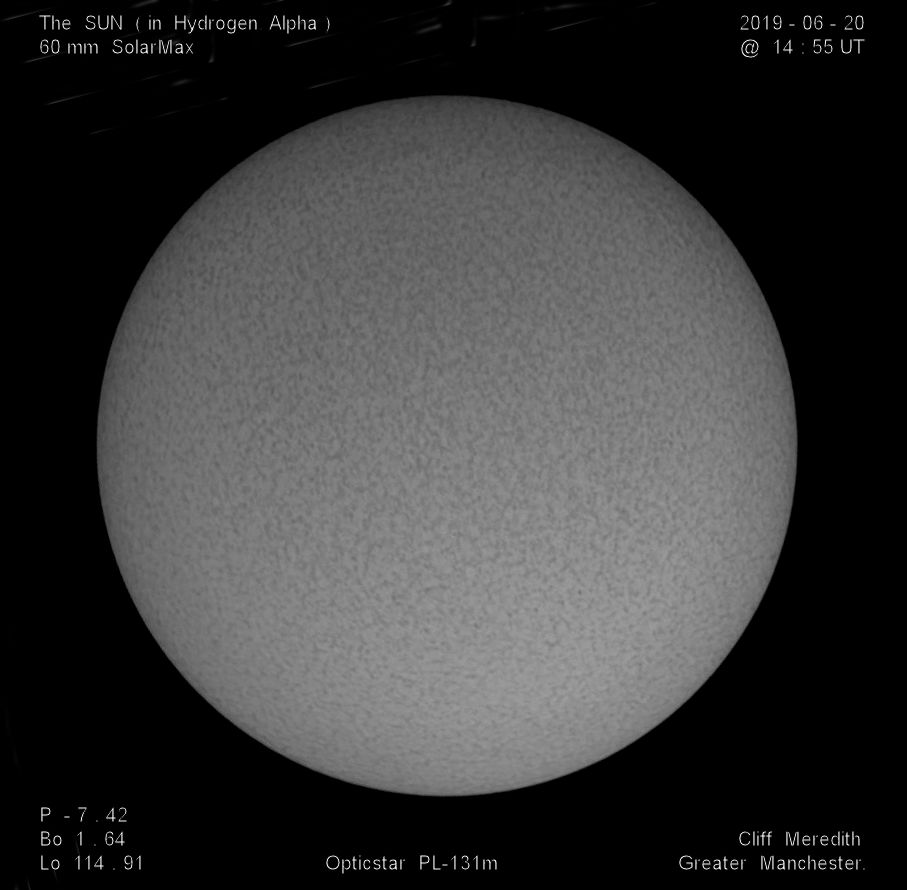