The Sun has been quite awkward & tricky to observe for a while but seemed to relent the last couple of days.
Nothing spectacular revealed on 17th, but today,18th August, quite a nice surprise.
Not hugely spectacular, not actually seen observing visually using my 88mm William Optics refractor, but imaging revealed a small group of apparent Sunspots. The spots I think being satisfactorily confirmed by other images and also revealed on Ha images taken using my 60mm Coronado SolarMax with my Opticstar video camera set up for Sun Disk exposures.
Hopefully three images now attached.
from Cliff 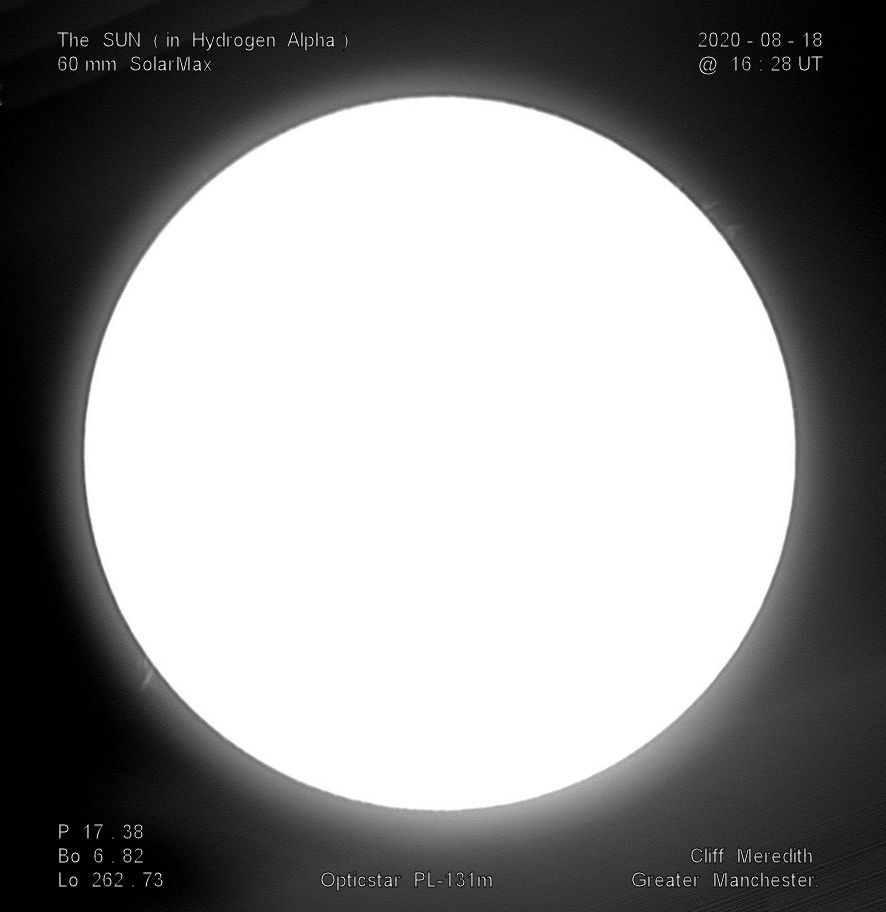 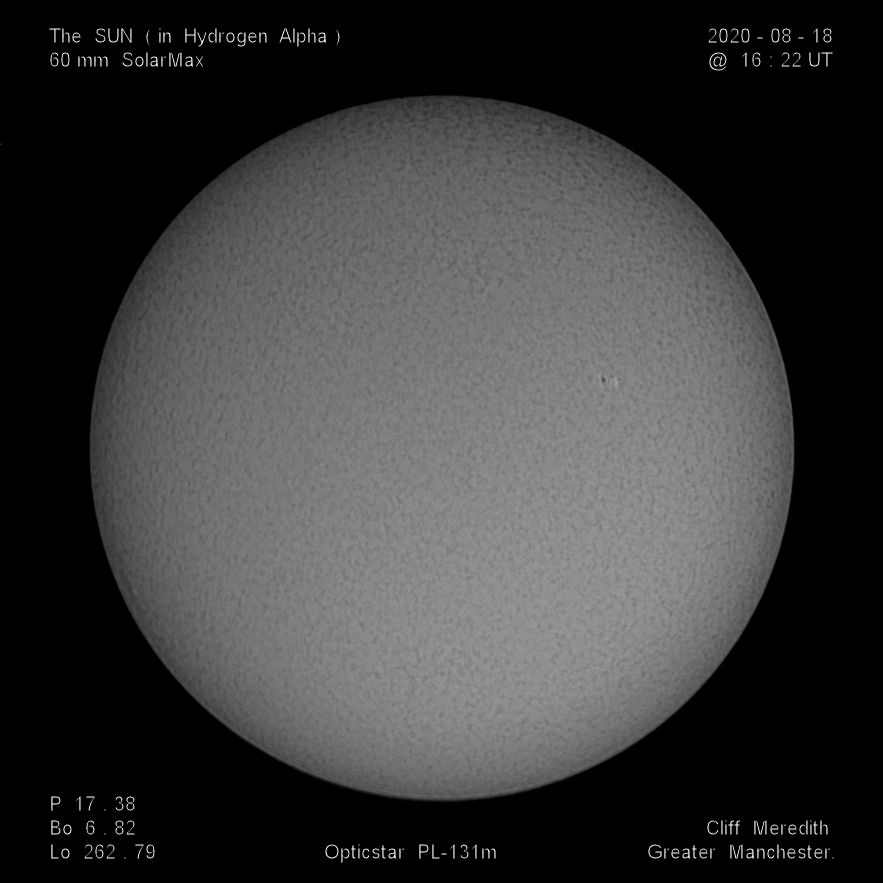 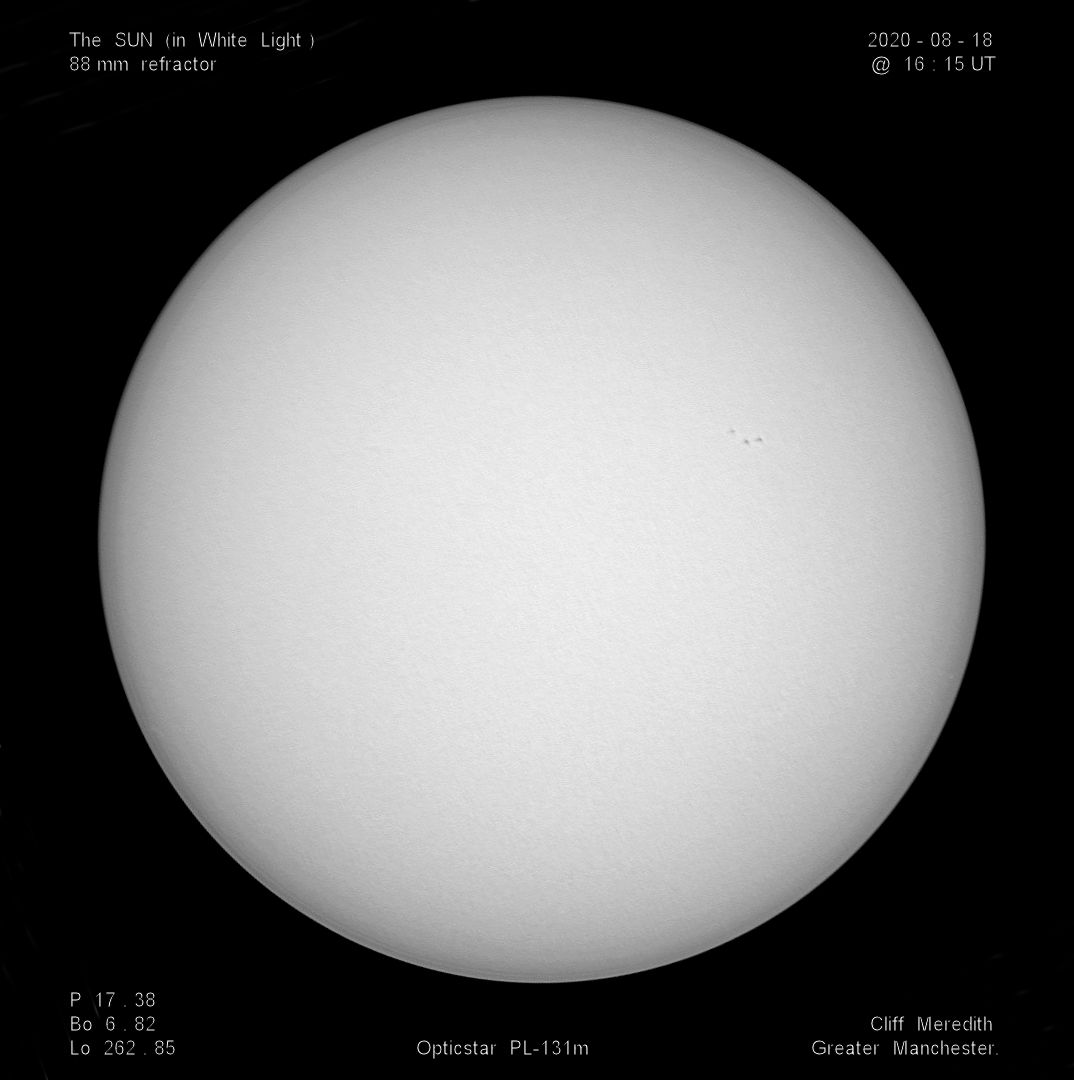