While on holiday in Cornwall the other week I dropped in at Eddington Lodge, a new facility offering accommodation and telescopes for astronomers. The site is about five miles inland from Bude, near Kilkhampton, and is more or less on top of a hill so there are good horizons all round and light pollution should be very low though I didn't see the site at night.

The owners, Jon and Hannah Davey, bought the place just a couple of years ago and have put up three large wood cabins for holiday accommodation. The timber walls are very thick and are double-walled with insulation between, so they are very substantial. Each one has a double and a twin bedroom, so it sleeps four. They are hoping to attract the usual holidaymakers in summer, but they have also built three observatories for the use of guests and will give the non-astronomers guided tours of the sky using the Dobsonians. Two run-off sheds contain 20-inch Dobsonians, while the third, a dome, contains a 130 mm William Optics ED refractor with guidescope on an NEQ6 mount. There is a CCD to go with it. When I visited, the scope had only just been set up and no images were available, though I hope that Jonathan and Hannah will start contributing to the Forum in due course.

I was impressed by their set-up and I think they will get a lot of interest from astronomers as they will remain open all year. Prices are of course lower out of season. The weekly cost of a cabin out of season is £385, though it rises to £826 in season. How you compete for the use of the telescopes is something I think they have yet to encounter -- if everyone wants to use the refractor for photography rather than the Dobsonians there will have to be a rota.

I'm attaching a few photos I took at the time. Their website is http://www.eddington-lodge.co.uk/. I should add that I have no connection with them nor am I getting a free stay! But I think their enterprise deserves to be successful. 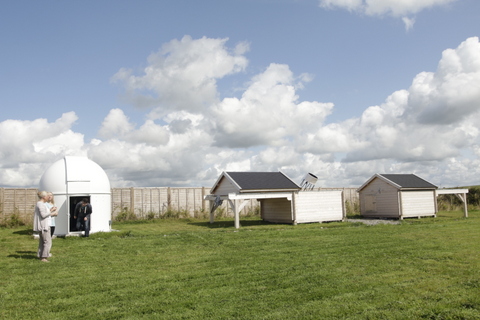 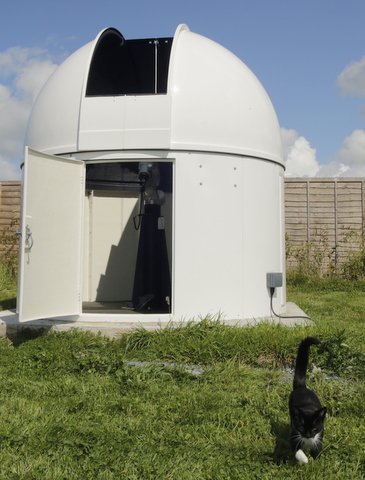 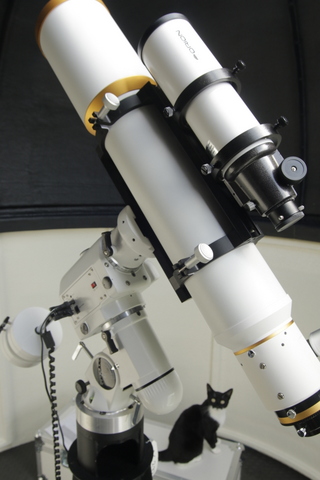 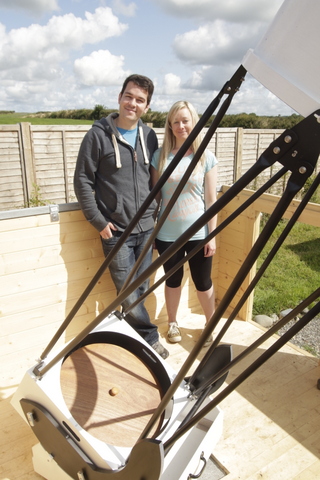 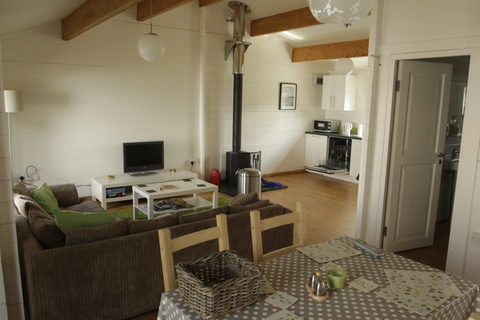 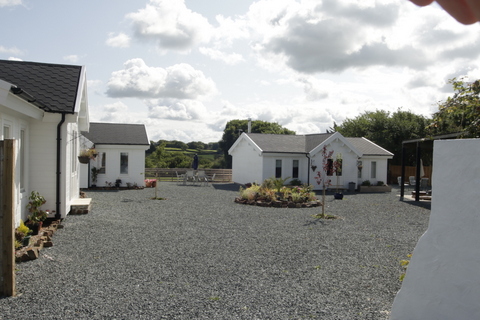 Hi Robin,
It looks nice.
The grass should improve Seeing.
It may get soggy when wet, but on a hill it should drain well.

Thank you for your kind words and your feedback on our venture. I think you're right, we will need to have some kind of rota if there are lots of people wanting to use the refractor telescope rather than the dobs. We also have a tracking 12" newt and 8" newt if times get very busy.

Also in the accommodation there are electric radiators as well as the log burner to heat the cabins and we would be happy to offer SPA members a 10% discount on our standard off-peak prices September-June).

I'll sure I'll be posting some of our astrophotography images here soon too!

Looks interesting, my only "problem" is the lack of where it exactly is.
A postal address and a post code would help enormously, that way people can look up precisely where it is located. Google maps.

I can get Bude and Windsor Farm, but that is all.
How far and which direction Windsor Farm is from Bude not a clue.
Top

I made exactly the same point to Hannah when she first contacted me!

The postcode is EX23 9RZ but this takes you to a location some distance away. Here's a link to the correct spot:

Very strange.
EX suggests Exeter postcode many miles away in Devon.
Perhaps mail comes from Exeter, which may be the hub.
There are regular night flights delivering mail and horses to Exeter, which are always interesting as they often get direct routing.

Fantastic, there's also the brilliant Astro-adventures in Devon but this place looks even better! Nice to see these places popping up.