Messier 51 with the Skywatcher 150p and Altair hypercam 183c. 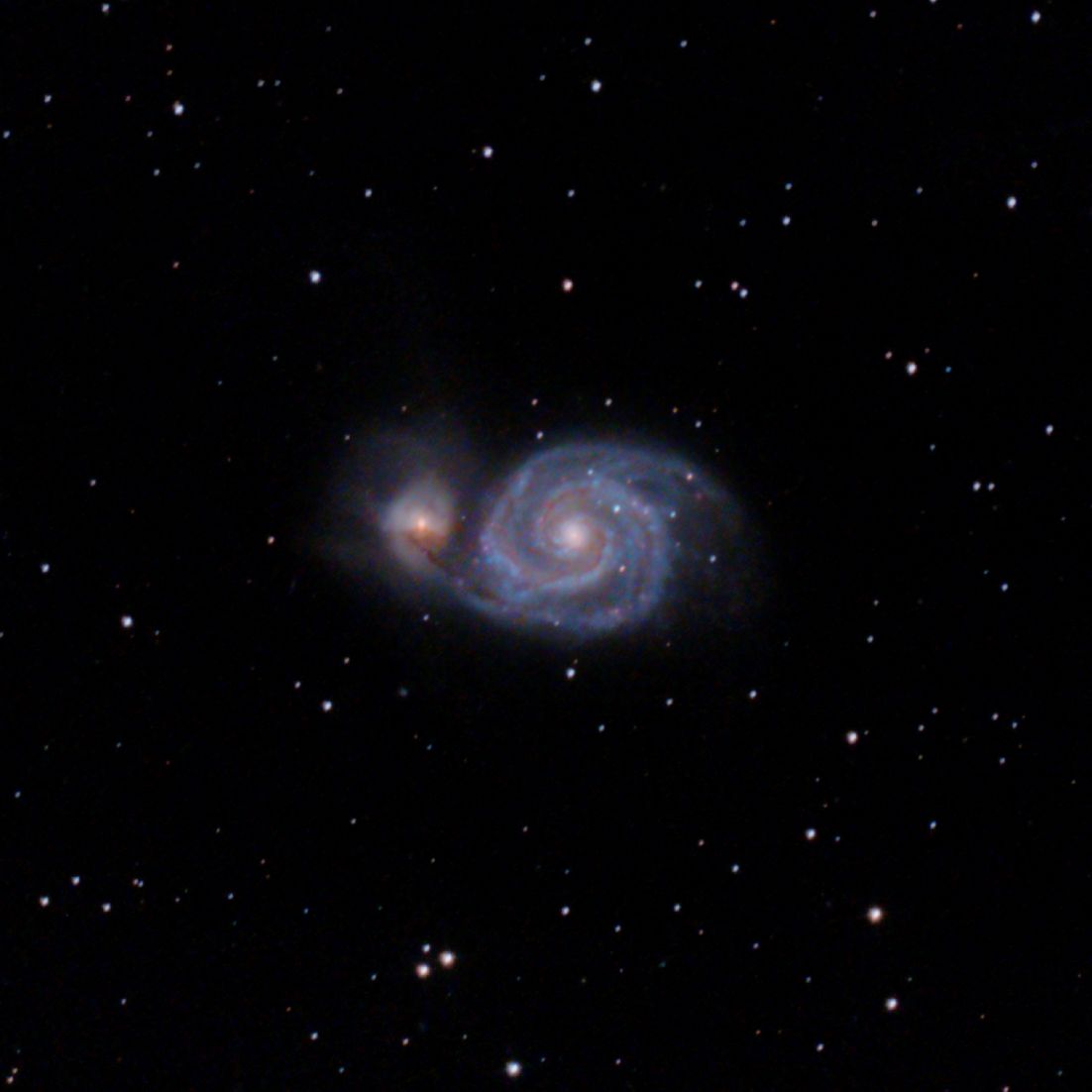 Hi Ian, I've been adding info to my drawings, so to be fair I'm leapfrogging all the other recent posts back in front of mine, nice image btw. Bob

I find it mind-bending to think of the scale, structure and distance of these objects. It's really lovely to see images like this, Ian. There's a lot of detail to see and study here.

In 1953 at the age of twelve, I entered the school library and saw a little astronomy book on the shelf with the enchanting title of "The Star-Spangled Sky". The book was authored by a vicar and for the general reader.
The book had a number of black and white plates and one of them turned me on to astronomy. The plate featured a Mount Wilson image of M51. I was amazed to discover that there were Catherine wheels in the sky called spiral galaxies.
Many years later, I saw the same little book on a flea-market stall and feeling sentimental, immediately searched for the M51 plate. There it was, but now it looked quite dull. This was because, by then, astrophysicists were imaging with specially-adapted cold cameras. The technique had been developed by a British astronomer and yielded images superior to the old Mount Wilson images taken by Hubble and others. Since then, digital imaging has improved on cold imaging, as in the image above.
Last edited by brian livesey on Sat Oct 31, 2020 8:10 pm, edited 3 times in total.
brian
Top

I agree Brian, I often look at books I bought in the 1970s and 80s and remember being amazed at the wonderful images contained within. I never would thought that the amateur could obtain the results we do today with very modest equipment in ones own garden with less than favorable seeing/imaging conditions.
Skywatcher 150p on EQ3-2 pro synscan mount
Altair Hypercam 183c pro